The Visionary Series: The stories of 3 extraordinary women, told by 3 outstanding female directors

Thanks to films and film festivals, we’ve had many opportunities to get to know the former generations of Chinese diasporas. From the discriminatory head tax imposed on the Chinese immigrants over a hundred years ago, to the wide-spread anti-Asian violence today, our history and our present tell us the same thing: each generation will have their own contemporary injustice to fight, and none of us could flinch from it.

This goes beyond just summarizing the past or predicting the future—it is nothing short of an introspection and an alarm: Would you and I be able to uphold justice and integrity, when the great wave of turmoil is upon us? When I must choose between what is easy and what is right, what faces, memories and thoughts would occur to me?

Justice always seems to be the definite choice, the thing that we would all have done, when viewing from a greater distance of time or space. Yet when the fork in the road is upon you and me, the courage, strength and resilience that it requires to go down the right path are so great, so all-consuming, and so very hard. 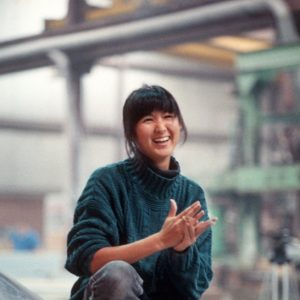 This year marks the 40th anniversary of the Vietnam Veterans Memorial in Washington, D.C.. Its designer Maya Lin has already become one of the greatest architects and artists in the US. Yet when she won the national design competition for the memorial, she was merely a 21-year-old undergraduate at Yale. It was not honour or praises that followed, but national controversy and objection—how could a woman, a young woman, a young Chinese-American woman, design such an important memorial?

In 1935, also at the age of 21, Esther Eng, rented a studio in Hollywood and produced her first Chinese-language feature Heartaches. The first-ever Chinese-American female director in the film history, Esther wore her hair short and was always seen in men’s suit. In the two decades that followed, she was active in both Hong Kong and Hollywood, and directed 11 Chinese-language films, showing a remarkable and uncommon focus on race and culture awareness and feminism. Outside of her creative works, she also worked towards distributing and promoting Chinese-language films in North and Central America. 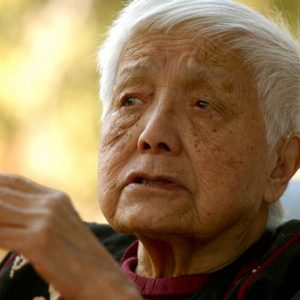 Born around the same time as Esther, Grace Lee Boggs grew up on the east coast. Even as she earned her Ph.D. in Philosophy at the mere age of 25, Grace still faced a society that was openly anti-Oriental (that was the term being used at that time). To the young Grace, there was only one answer: revolution. She devoted her life to social justice, particularly the civil rights movement, and worked on the frontline for more than 70 years. She announced proudly and loudly to the world, through her unwavering actions: Revolution is not an act of aggression or merely a protest. Revolution is about something deeper within the human experience—the ability to transform oneself to transform the world.

On December 3rd and 9th, I’m very excited to present to you three documentaries featuring these amazing women. The three of them, and the three female directors documenting them, Freida Lee Mock, Dr. Louisa Wei and Grace Lee, respectively, are all true visionaries—and hence we named our December screenings, The Visionary Series.

From our REGENERATION special exhibition this last March, to our annual festival in August with an accent on hope, and to The Visionary series at the end of the year, I believe our message to you has been made clear. Even at the darkest hour, all those with a heart never stop building the bright future they’ve envisioned. With their radiant wisdom and courage, they blaze our path forward, and forward is the only path. 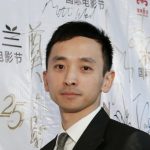