Center Stage is set during China’s silent movie era and revolves around the life of the legendary gifted actress, RUAN Lingyu. With her sensitive portrayal, Maggie CHEUNG Man-yuk took her story abroad and won the best actress award at the 42nd Berlin International Film Festival.

In the spring of 1935, silent movie star Ruan took her own life, shocking the world. Her funeral was attended by hundreds of thousands of mourning fans. Ruan entered the film world at the age of 16. In the short span of 9 years, she made 29 silent movies and became the idol of tens of thousands. As she rose to fame, she also rose to infamy with scandals over her private life. Her death at such an early age has given rise to much debate: did she kill herself because of her career? Or for love? In her farewell note, Ruan wrote four words – “criticism should be feared” – and gave her final condemnation on the merciless public. 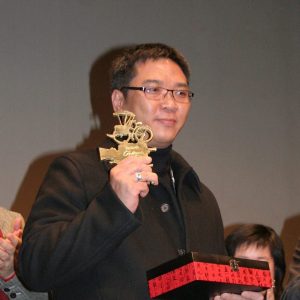 Born in 1957, Stanley KWAN graduated from the Hong Kong Baptist College with a degree in mass communications. He once landed a job at Hong Kong’s Television Broadcasts Limited (TVB) before working as production assistant for Ann HUI (A Simple Life) and other Hong Kong directors. His debut feature, Women (1985), starring Chow Yun-fat, was a major box office success. As a key figure in the Hong Kong Second Wave, Kwan constantly explores the power of female protagonists and their romantic struggles with sympathetic eyes, and such directorial credits include Rouge (1987), Full Moon in New York (1989), Center Stage (1992) and Red Rose White Rose (1994).

The Made by Women programme is funded by the Government of Ontario.