After an earthquake razed a Chinese city to the ground in 2008, over 6,000 parents are encouraged to replace the children they lost and move on. Due to the One-Child Policy, most of these parents lost the only children they had. After the Rain follows the two couples who become close friends through the shared experience of introducing new children into their shaken families. In 2017, parents Mei and Sheng live with their 6 year-old son Chuan, and a framed photo of their deceased little girl. Their friends Ying and Ping are raising their 11 year-old daughter Ran-ran, after Ying and Ping lost their first daughter. The parents’ search for the strength to raise these second children becomes complicated as Chuan and Ran-ran grow older and wiser. Haunted by fear, resentment, and unspeakable grief, the families find hope beyond intergenerational trauma to build towards an uncertain tomorrow. 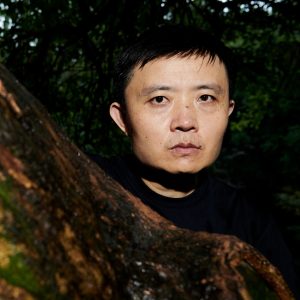 FAN Jian is a documentary director who focuses on Chinese social issues through character-driven storytelling. He is a Documentary branch member of the Academy. Jian has directed six feature-length documentary films, most recently Still Tomorrow, winner of a Special Jury Award at IDFA 2016. His other films include My Land (Berlinale 2016; supported by Sundance Documentary Fund) and The Next Life (IDFA 2011; Jury Prize at Guangzhou Documentary Film Festival 2011). His work has also screened in competition at Hot Docs, Full Frame, Sheffield, Busan, and dozens of other film festivals around the world. Jian studied at the famed Beijing Film Academy and is now based in Chongqing, China.

It is said in the Old Testament that there was a man in the land of Uz, whose name was Job. “And that man was perfect and upright, and one that feared God, and eschewed evil.” He has seven sons and daughters, seven thousand sheep and three thousand camels. He is a perfect and upright man, a man that God was proud of. Satan was unconvinced and raised his doubt to God, “do you really think that he would still love and fear you without having all these possessions?” Let’s see.

As expected, Job lost everything. The most terrifying moment is when a messenger came, and said, “Thy sons and thy daughters were eating and drinking wine in their eldest brother’s house: And, behold, there came a great wind from the wilderness, and smote the four corners of the house, and it fell upon the young men, and they are dead; and I only am escaped alone to tell thee.”

As unexpected (by us and Satan, but not by God), despite all the pain and suffering, Job’s pure faith remained intact. At the end, God gave Job twice as much as he had before, and again seven sons and three daughters. I, like many, have always wondered at this. Let’s leave the possessions aside, but when one loses one’s sons and daughters, and then has them returned in equal number, how can that really be the same? What constitutes the possibility of unassailable faith in scenarios that are completely beyond human understanding? How could one continue to believe in life (or God or some form of transcendence) given personal or collective tragedies of such scale? After the Rain (2021), through chronicling the ordinary life of two families after facing significant losses after the Great Earthquake of Wenchuan in 2008, contemplates the mysterious cosmic order as well as the fragility and strength in human nature.

Mei and Sheng’s only daughter was only eight years old when the earthquake took her life. They thought if they could have another girl, then it would feel like their little girl had come back to them. The process of getting pregnant at an older age is difficult, but they persevered. In May 2011, their second child was born. Unlike a lot of Chinese families who value boys over girls, the coming of a healthy boy did not give them the happiness and excitement that usually accompanies a new life.

But their sadness did not halt the boy’s growth and it is now six years later. Mei often shows the boy family albums and insists on reminding the boy that his sister ‘traded’ her life for his own. Sheng is unreserved about his disappointment at the boy—he explicitly refuses to take the boy to theme parks, since “there’s no point” in doing so, and scolds the boy for using too many tissues because of his cold.

The imbalance of their love is shown through the cinematography. The daughter’s picture is ubiquitous in the apartment, and even when the younger child is in the foreground, the camera pulls focus to make the background, where the daughter’s picture is, more visible. Separated from the traumatic history itself, the children who go with their parents to visit their deceased siblings’ tombs seem confused, if not scared.

Ying and Ping’s family are similar but different. When the earthquake hit, their daughter Rainy was in the 9th grade and was only 20 days away from middle school graduation. They had another girl “illegally” (because of the One Child Policy) and she was sent to live with the relatives to be kept as a secret. After Rainy passed away, the second daughter, Ran, reunited with the parents. She is quiet and reserved but incredibly creative and observant. The salience of the blood relationship is prominent. Just like her older sister, Ran loves taking pictures and videos of all the poetic moments in her world. There is so much life in the images that she captures—the butterfly and the flower, the cat on the roof, the changing colors of sunset clouds all exude quiet, though tremendous, vibrance. She was filming a moon eclipse and thought that she saw another planet together with the moon (hence the title of the film in the original language, literally as Two Planets). An object’s invisibility doesn’t deny its existence immediately. Perhaps the other planet has always been there, accompanying the moon, which shines in the darkness, like the light inside the boy’s palm.

The film uses three different aspect ratios and the contrast between black & white with color to depict the cycle of life, which flows unceasingly, like the river that goes through the city. Mourning and surviving are inextricably intertwined with each other. We are relieved to see that the boy’s father, Sheng, would eventually come to spend time with the boy, helping him grow stronger; they can now experience the beauty and pain of life together.

It takes time for all wounds to heal. When people can finally accept what is taken from them, it is not feebleness of the will but the ability, and courage, to perceive and cherish what is in front of them here and now. It is to acknowledge the fragile human body and the frail human mind, so as to affirm life and cease to depend on miracles such as the return of the dead.

The child breathes, life continues. That is the true miracle.