Content Advisory: This film contains scenes of graphic violence. It is not appropriate for child audiences.

To all patrons: In addition to wearing a mask while indoor, the venue also requires each patron to show a valid Ontario Vaccine QR Code and verbally answer some screening questions. The venue will be operating at ~50% capacity.

Limitation of Liability: Any public space where people come together produces a risk of exposure to the coronavirus (COVID-19). You voluntarily assume all the risks related to such exposure when attending our events.

Moon Lee, a celebrated award-winning actress, has become a full-time mom and divorcée since retiring. Desperate to regain her sense of self, she jumps at the chance to work again with her long-time collaborator, director Roger Woo. Only this time, he casts her as the female lead in a do-your-own-stunts martial arts film.
The role requires extensive training and though Moon is at first uncertain, she leaves her young son in the care of Roger’s assistant and commits herself to back-breaking training. As soon as she starts to gain some confidence, Roger breaks the news to her: the only way the film can move ahead is to cast her ex-husband, Julliard, as the male lead. 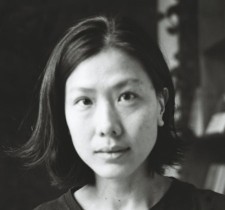 At the age of 5, TAN Chui Mui made a small wooden stool. At 8, she drove a pickup truck onto a column. At 9, she printed a children’s magazine. At 12, she finished reading an Encyclopedia. At 17, she had a column in a student weekly paper. At 21, she received a computer animation degree. At 27, she made her debut film Love Conquers All. At 38, she gave birth to her child. At 41, she decided to learn martial arts.