Girls Always Happy portrays a single mother living with her daughter in a Beijing hutong. Looking at the contemporary urban life with a novel perspective, Girls Always Happy represents the spectacle of mutual repulsion, hatred, and harm between a single mother and her daughter, and yet from their despair rises the power of tender love. The complexity indicates the unique observation and expression of the director YANG Mingming on female relationships. 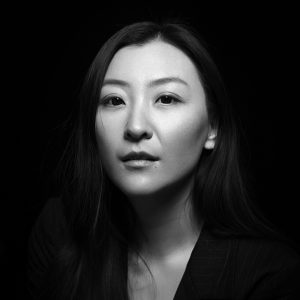 YANG Mingming was born in 1987 and graduated from National Academy of Chinese Theatre Arts. She directed, photographed, and starred in her short debut Female Directors, which showed her capacity to adopt subversive creative concept and photography skills, as well as her success to seamlessly suture hyper-real performance with the fictional plot. Female Directors marked the new creativity of young directors. It was one of the top ten Chinese independent films in 2012, and showcased in youth film festivals both home and aboard. In 2015, she edited YANG Chao’s feature film Crosscurrent, which won the Silver Bear for Outstanding Artistic Contribution. Girls Always Happy is the first artistic feature written, directed and performed by YANG Mingming, with YANG Chao the executive producer, and YANG Jing the producer. It was selected in the Panorama of 68th Berlin Film Festival.

The Made by Women programme is funded by the Government of Ontario.