I Wish I Knew

Shanghai, a fast-changing metropolis, a port city where people come and go. Shanghai has hosted all kinds of people – revolutionaries, capitalists, politicians, soldiers, artists, and gangsters. Shanghai has also hosted revolutions, assassinations, love stories. After the Chinese Communists’ victory in 1949, thousands of Shanghaiers left for Hong Kong and Taiwan. To leave meant being separated from home for thirty years; to stay meant suffering through the Cultural Revolution and China’s other political disasters. Eighteen people from these three cities – Shanghai, Taipei and Hong Kong – recall their lives in Shanghai. Their personal experiences, like eighteen chapters of a novel, tell stories of Shanghai lives from the 1930s to 2010. An eternally wandering soul returns to Shanghai and, walking along the banks of the Huangpu River, awakens to all the changes the city has undergone. 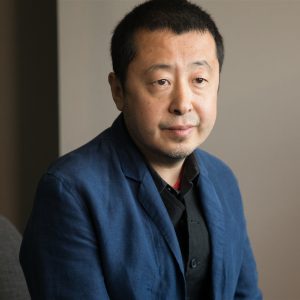 JIA Zhangke was born in 1970 in Fenyang, Shanxi Province of China. He graduated from Beijing Film Academy and made his first feature film Xiao Wu in 1998. Since then, he has been actively involved in filmmaking over China. His Still Life won the Golden Lion Award at the 63rd Venice International Film Festival in 2006. His latest feature, Ash Is Purest White, was selected to compete for the Palme d’Or at the 2018 Cannes Film Festival. In 2017, Jia, together former Venice festival head Marco Mueller, launched the Pingyao Crouching Tiger Hidden Dragon International Film Festival in his home province.