The Good Woman of Sichuan

A young woman goes on an anonymous journey to her late husband’s hometown Leshan, a small city in Sichuan province. There, she meets an old friend, a local theatre actress preparing for an adaptation of Bertolt Brecht’s The Good Person of Szechwan. In a home-place unfamiliar, the traveling woman meets the imaginary. Ghosted by Shen Te the protagonist of the play, the actress loses the self at the intersection between fiction and reality. Unprepared, the filmmaker loses control of her camera. Together, they drift into a polyrhythmic experience of stasis. 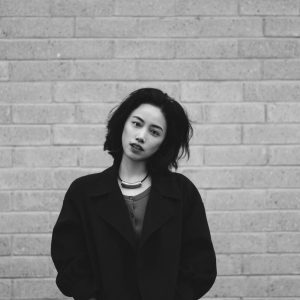 Sabrina (Ruobing) Zhao (b. 1996; Sichuan, China) lives between Chengdu, Abu Dhabi, and Toronto. Her films particularly tune into this migrating experience across and within spaces. She holds the Bachelor of Arts degree from New York University Abu Dhabi, with concentrations in Film & New Media and Literature & Creative Writing (2015-2019; Abu Dhabi, United Arab Emirates). Currently, she is pursuing MFA studies in Film Production at York University (2019-2021; Toronto, Canada). She likes to blend documentary, fiction and experimental. Her past films have been screened in Sharjah Art Platform, Open City Documentary Film Festival, IAWRT Asian Women’s Film Festival, etc. The Good Woman of Sichuan is her debut feature film.