A comedy about a Chinese Yuppie living in New York who decides that a marriage of convenience is the perfect way to prevent his parents back in Taiwan from discovering he is gay. But his plan backfires hilariously when his parents insist on coming to New York for the wedding. 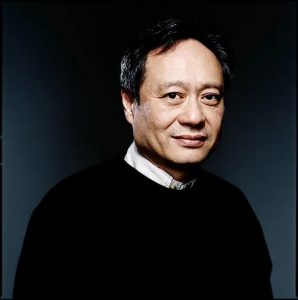 Born in 1954 in Taiwan, Ang Lee has become one of today’s greatest contemporary filmmakers. Lee graduated from the National Taiwan College of Arts in 1975 and then came to the U.S. to study theatre direction and film production. After Lee wrote a couple of screenplays, he eventually had a breakthrough with his first feature Pushing Hands (1991) and followed by The Wedding Banquet (1993) and Eat Drink Man Women (1994) to complete his trilogy of Taiwanese-Culture/Generation films. Lee then started to transition to Hollywood-mainstream movies and received numerous accolades for works like Sense and Sensibility (1995). In 2000, one of his greatest work Crouching Tiger, Hidden Dragon (2000) swept the Oscar nominations and eventually won the Best Foreign Language Film. Lee had won the Best Director Academy Award twice for Brokeback Mountain (2005) and Life of Pi (2012) and he is the only Asian director who had won this award twice.

*Courtesy of the National Film and Sound Archive of Australia