The theme of the work is “hope”. In philosophy, the construct of “hope” includes two elements that are independently necessary and jointly sufficient: (1) the hoped outcome must be desired by the hoper, and (2) the outcome falls within a range of physical possibility (not for certain but also not logically impossible, though it can be improbable[1]). The latter distinguishes “hope” and “optimism”—while “optimism” also requires the desire in (1), it needs, more than (2), a belief that the outcome is more likely than not. The above definition of hope is not without objections. Some believe that in order to hope one has to affectively engage with the outcome[2]. Shen Wei, our Artistic Director explained it well: “I’m a pessimist but I’ve decided to embrace hope. I want good things to happen in the future, so I will do everything to make it happen. I don’t believe in obtaining positive final results but I believe in the process of doing what I can to achieve good results.”

The first part of Hope (3 parts) emphasizes a duality. The image depicts a clapperboard, rendered in 2-dimension, and a container in 3-dimension. Within the container, there is a sphere with what looks like a video play button. If the clapperboard belongs to the filmmaker, then the play button belongs to the audience. The second part of the work shows the full opening of the container, with its content bursting out. The third part shows that the container is not closed in the end, but instead fully opened, with nothing in it.

The work draws inspiration from the myth of Pandora’s box. First recorded in Hesiod’s Works and Days, it was told that Prometheus enraged Zeus for stealing fire from heaven, and Zeus, in retaliation, put Pandora’s box onto earth as a punishment. When Pandora opened the box, various curses were released. She quickly closed the box, and only “Hope” (Elpis) remained inside. There are many competing interpretations of this story, while the myth itself also has multiple different versions.

First of all, was there only curses in the box? Some hinted the exact opposite. In an engraving by Renaissance artist Giulio Bonasone (currently in the collection of MET), Epimetheus, Pandora’s husband, opened a large jar, and female goddesses representing the Roman virtues flied out, while only Spes (the Roman counterpart of Elpis, also representing hope) lingered at the lip. 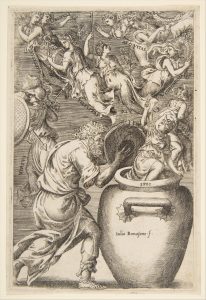 Second of all, is “hope” a blessing or a curse? If “hope” is a blessing, why was it kept in a box of curses? The ancient Greek word “elpis” can also mean “expectation”, which can have positive, neutral, or negative meanings. Even if it is translated into “hope”, its interpretations are subject of debates in philosophy—even in Plato’s works there are ambivalences. Some pointed out that hopes can be false, which lead to the irrationality of man. Nietzsche further argued that, human beings are tormented with all kinds of evils, and hope keeps them staying alive to be tormented even more, and is thus the most evil of evils.

Furthermore, is it good or bad that “Hope” is kept in the box? The role of the box should be considered: was it to keep things available for man, or to imprison things away from man? When the box was opened, did the content escape from mankind, or enter into the world? Therefore, every turn of the myth can have at least two interpretations, eventually leading to a more optimistic or pessimistic conclusion. For example, if in the box there were curses and “Hope”, which was a blessing, the retention of “Hope” in the box could mean that human race preserved hope despite the widespread release of evils, or it could mean that man got all kinds of curses while hope was withheld from them.

Lastly, what does “hope” mean to our festival? Is it a blessing or a curse? Will it bring suffering or joy? To many, a film festival is an occasion to celebrate and to be inspired—cinephiles get to see new films and interact with filmmakers—how exciting and fun! Yet, in the lonely journey of creating art, all true artists, to one degree or another, have experienced the “darkest hour”: something would always, always go wrong…if only I could get another take…Nobody is ever certain about every decision, no matter how experienced they are.

The artist walks alone—under the starry sky or the scorching sun, through the mist or the glow, by the clear creek or the unknown abyss—yet, the artist walks on. The smell, the breeze, the soundless night—what wonders the artist could draw and leave behind. Yet, the artist walks, still. Until they are or the world is no more. Against mortality. To eternity. And we also walk on, for in the walk there is hope, and everything else. 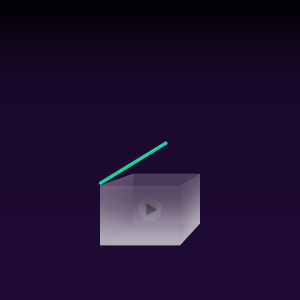 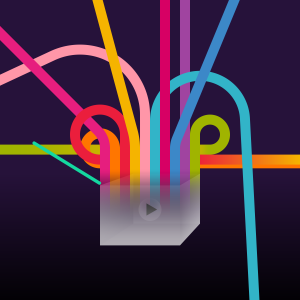 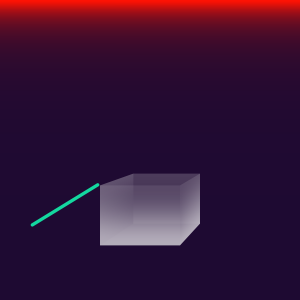 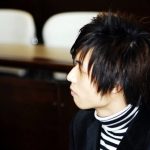