Cheng (Andy CHOI), who goes to college in Boston, returns to the muggy Guangzhou on his final summer break. To his dismay, his maternal grandfather has died but no one in the family, including his mother (Crystal LEE), is willing to talk about it or their feelings. His elder sister Yam (Isabelle CHAN), locks herself every day in her room and smokes. His father (James AU) is always busy on the phone to take bets from sports gamblers. The family of four will soon move to a new place, but a shadow of estrangement looms above them. Getting drenched in sweat, sometimes by rain, Cheng discovers a melancholy reality, both old and new, in a city he calls home.

The Little Shrimp is Chilam’s debut feature, completed as a requirement for his MFA degree earned at Emerson College. “Little Shrimp” (haa-zai), as he explained, is a name for the nameless whose identities are defined by their family and social roles. 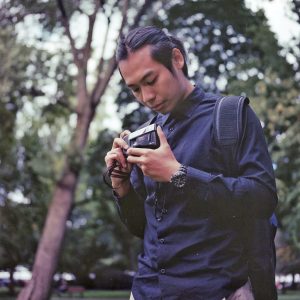 Born and raised in Guangzhou, CHEN Zhilin “Chilam” is a director, writer and cinematographer. He recently graduated from Emerson College with an MFA degree in Film & Media Art. His filmography includes short films Master Choi (2016), Kidnapee (2017) and the experimental Self (2018). The Little Shrimp is his debut feature, completed in spring, 2019.